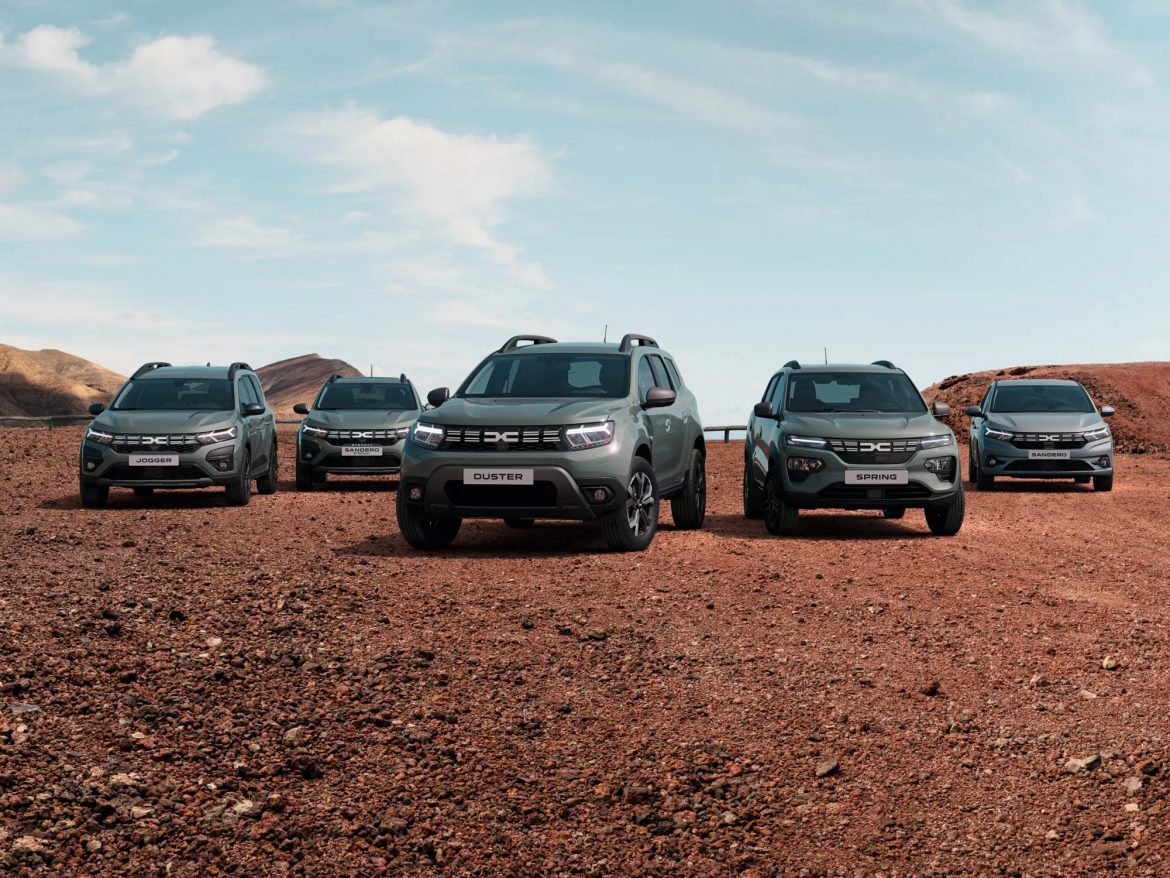 Despite lingering automotive industry challenges such as the Covid-19 pandemic, the shortage of electronic components and logistics issues, Dacia sold an impressive 573,800 vehicles in 2022, registering 6.8% growth compared with 2021. The brand also reached a significant milestone in 2022, selling its 8 millionth vehicle globally since 2004.

Markets where Dacia vehicles are sold contracted by 5.5% relative to 2021. The brand’s strong performance confirms the relevance of its positioning of offering the best value for money, as its new range has proven to be a popular choice among retail customers. In 2022, Dacia achieved a record-breaking market share in Europe with 7.6% of PC sales to retail customers, strengthening its position for the second year in a row (having claimed a 6.2% share in 2021). The brand also accounted for a record-breaking 3.7% of PC+LCV* sales in Europe (up 0.5 points on 2021) and 4.2% of PC* sales (up 0.7 points on 2021).

Not only did Dacia hold its leadership position in Morocco, it also gained ground in Europe, with PC sales volumes up 15,4% despite a 4% market contraction.

In France, the brand’s largest market, 130,800 Dacia PCs were registered in 2022, representing an increase of 4.5% on 2021, despite a market decline of 7.8%. This performance pushed Dacia’s market share up one percentage point to 8.6%, placing the brand in third position in the PC market for the first time. Dacia accounted for 15.8% of sales to retail customers (up 1.3 points), which means that one in every six retail customers chose Dacia in 2022.

In Germany, a market dominated by C-segment vehicles, Dacia recorded its strongest performance yet, achieving a 50% increase in sales volumes with 60,300 vehicles sold to retail customers and accounting for over 2% of PC sales and 5% of PC sales to retail customers for the first time ever. Dacia overtook some well-established brands to take the sixth spot in the retail market.

Other markets greatly contributed to Dacia’s strong performance in 2022. In Romania, the brand accounted for over 30% of PC sales, up 2 points relative to 2021. In Portugal and Belgium, Dacia held the top spot for sales to retail customers.

Looking at Eastern Europe, PC sales grew over 30% in the Baltic states, Slovakia and the Czech Republic.
In Turkey, Dacia sold 30% more PCs than in 2021 and achieved a market share of over 6%, up 1.1 points relative to 2021.

Dacia launched four new key models in less than 15 months, namely the Sandero, Spring and Duster in 2021 and the Jogger in 2022. At the end of 2022, all four models benefited from the final step in Dacia’s new identity deployment strategy, having adopted the brand’s bold new visual identity. This included new colours and a recognisable Dacia Link emblem featuring minimalist “D” and “C” letters interlocking like the links of a chain, evoking robustness and simplicity).

Each model contributed to Dacia’s growth in 2022.
229,500 units of the Sandero were sold in 2022 (representing an increase of 1.2% on 2021). For the sixth year in a row, the Sandero was the bestselling model in the European retail market and the second bestselling PC in Europe across all sales channels.

Similarly, the Duster retained the top spot in the European retail SUV market – a position it has held since 2018 – and became the second bestselling vehicle in the European retail market, just behind the Sandero. With 197,100 units sold across all countries in 2022 (representing an increase of 5.8% on 2021), over 2 million Duster vehicles have been on the roads since its launch in 2010.

48,900 units of the all-electric Spring were sold in 2022 (representing an increase of 75% on 2021). Since its launch in 2021, the Spring has won over 100,000 customers, three quarters of whom are retail customers. The Spring is among the top-selling electric vehicles in the European retail market.

In its first year of sales, 56,800 units of the Jogger were sold in 2022, placing the model second among non-SUV C-segment vehicles sold in the European retail market.
Part of Dacia’s appeal lies in its wide range of equipment and engine options. Over 70% of customers continue to choose the best-equipped versions.

One in three Dacia customers and 58% of Jogger customers choose the ECO-G 100 – a dual-fuel petrol/LPG engine that produces 10% fewer CO2 emissions on average (118 g CO2/km) than an equivalent petrol engine and, when the vehicle’s two tanks have been filled up, offers a range of over 1,000 km.

Coming as a real boost to electric mobility, the Spring is the vehicle of choice for 93% of first-time electric vehicle buyers in the retail market.

A POSITIVE OUTLOOK FOR 2023

In the second half of the year, the Extreme trim level will be available across the entire range, building on a concept that was well received at the Jogger launch and embodies Dacia’s outdoor spirit.

Since the beginning of 2022, Dacia has been upgrading its distribution network in line with its new brand identity. This ambitious project seeks to enhance the visibility and appeal of points of sale and create a new indoor environment that is functional, flexible and eco-responsible. By the end of 2022, 10% of sites in Dacia’s distribution network had already been upgraded. This percentage is set to increase in 2023.

“Dacia’s European sales volume and market share figures rose in 2022, confirming the relevance of our strategy based on redefining the essentials and tailoring our products to customer needs. In 2023, we are going to build on this momentum by extending our range of electrified vehicles, while staying true to Dacia’s positioning of offering our customers simplicity and the best value for money.” – Xavier Martinet, SVP Marketing, Sales & Operations Dacia