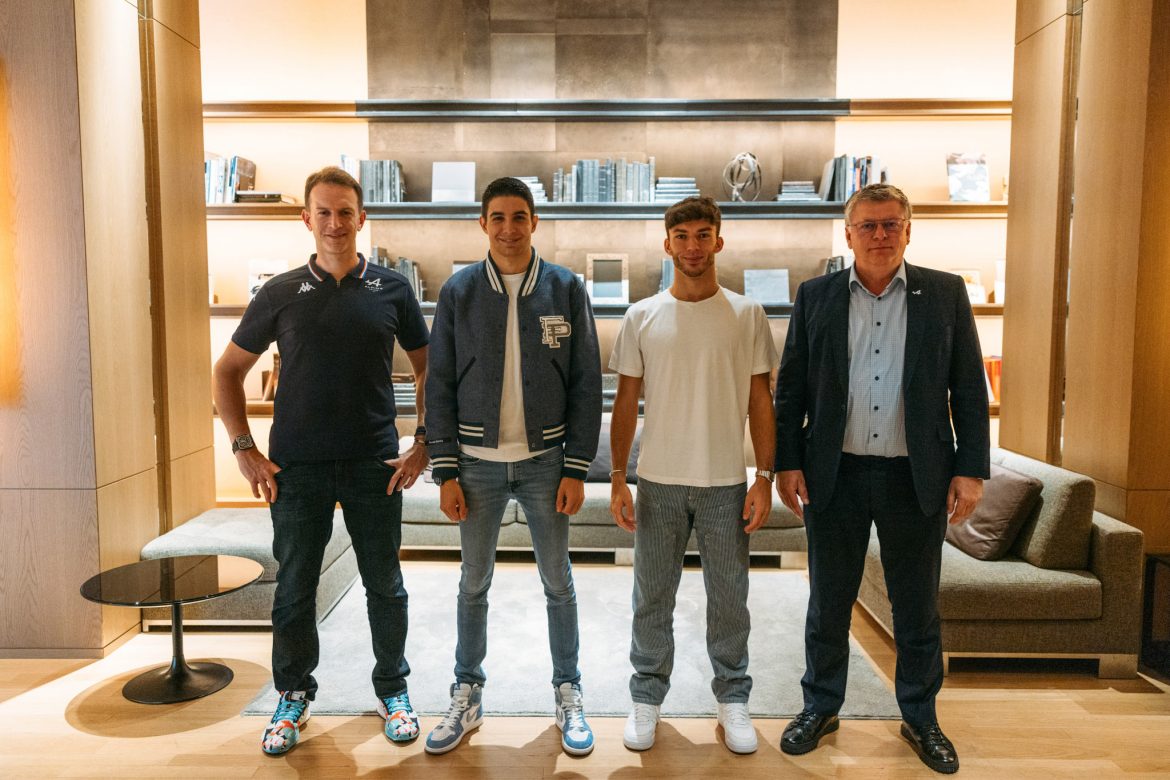 Pierre, from Rouen in Normandy, France, completes Alpine’s all-French line-up, the first in the FIA Formula 1 World Championship since 1995.

The 26-year-old made his Formula 1 debut in 2017 with Scuderia Toro Rosso following his 2016 GP2 Series championship title. He moved to World Champions Red Bull Racing before returning to Toro Rosso where he took his maiden victory at the 2020 Italian Grand Prix while driving for AlphaTauri. He is well-known to the Renault Group having won the 2013 Formula Renault Eurocup Championship as well as finishing Vice-Champion in the 2014 Formula Renault 3.5 Series before competing for Renault e.dams in Formula E.

Pierre Gasly: “I am delighted to join the Alpine family and begin this new chapter in my Formula 1 career. Driving for a team that has French roots is something very special. I know the strengths of Alpine having raced against them over the past couple of years and, clearly, their progress and ambition is very impressive. I wish to thank Red Bull as this marks the end of our 9-year journey together. It is thanks to their trust and support that I became a Formula 1 driver, and what we’ve achieved with Scuderia AlphaTauri over the last years has been very special. Looking ahead, I want to give the maximum and utilise all my experience to fight for podiums and ultimately contribute to Alpine’s fight for championships in the future.”

Otmar Szafnauer, Team Principal, BWT Alpine F1 Team: “I’m very happy that Pierre will be joining the team for 2023 and beyond. He is already a proven talent within Formula 1, and we are looking forward to harnessing that within the team. Our team has several objectives for the coming seasons and I firmly believe our driver line-up is a great reflection of the team’s high ambitions. I trust Pierre and Esteban can, together, motivate the team to continue its progress towards these goals. We would also like to thank Red Bull for agreeing the terms to allow Pierre to take this step.”

Laurent Rossi, Chief Executive Officer, Alpine: “I would like to welcome Pierre to the Alpine family. He is a talented and motivated driver who will contribute positively to our objectives in Formula 1. Pierre is completely aligned with the ambition and progression that has, to date, been a hallmark of the Alpine project. As a young, but highly experienced and successful driver, his trajectory is on course with our own, and we look forward to growing together.”

Luca de Meo, Chief Executive Officer, Renault Group: “We are proud to present an all-French driver line up from 2023. Our roots are in France, and Alpine was born in Normandy, so this is a serendipity of sorts. Both will drive the team and the Group forward and, I hope, we can become a symbol of pride for France.”