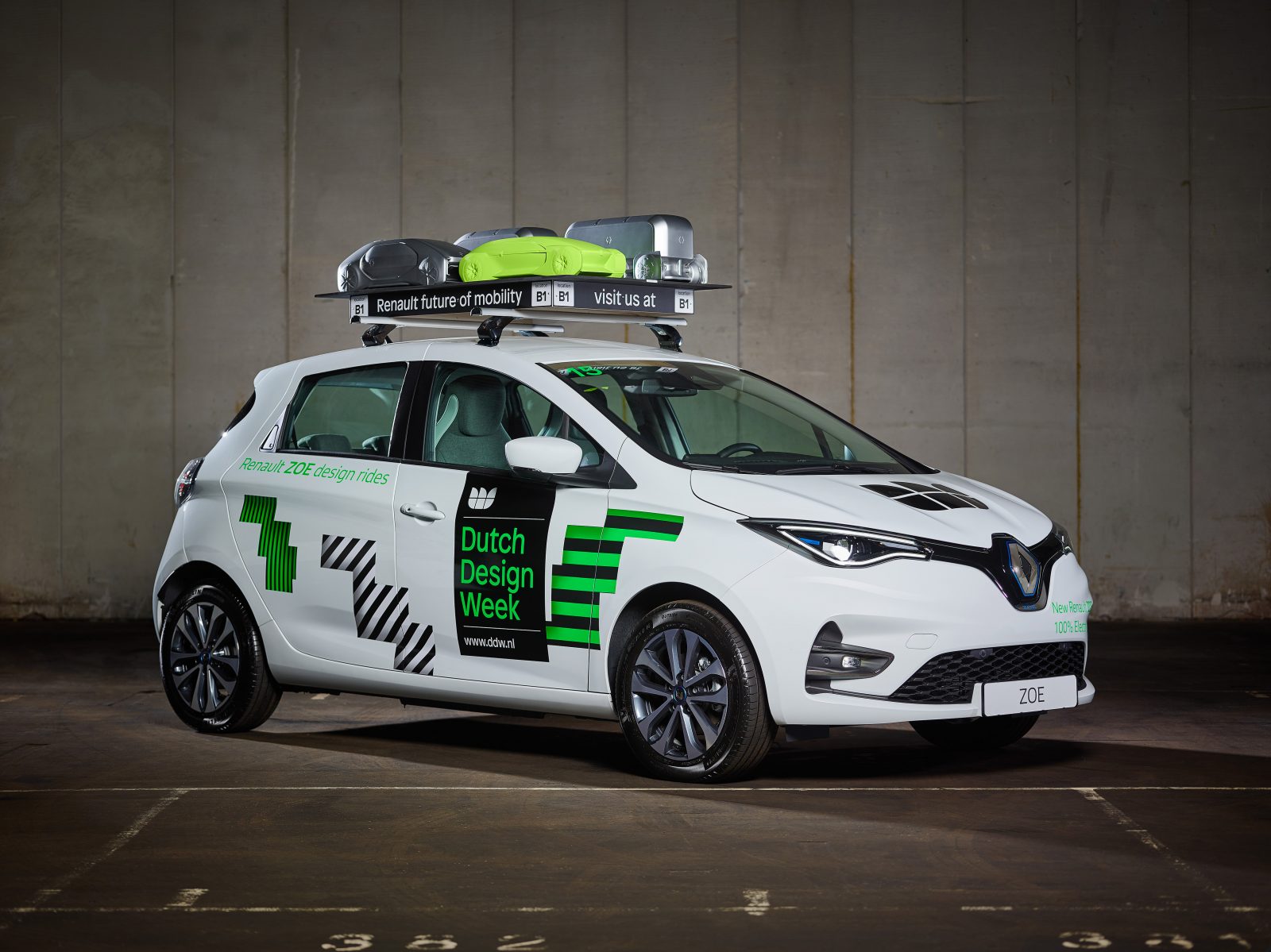 The theme of Dutch Design Week 2019 is ‘If not now, then when?’. In a world of rapid urbanisation and 60 to 70 percent of the population living in cities around 2030, transporting people sustainably and affordably poses a great challenge. The theme perfectly matches the Renault vision that future mobility will be electric, shared, connected and autonomous.

In support of this view Renault is showcasing three concept cars which are setting foot on Dutch ground for the first time. The EZ-GO, EZ-PRO and EZ-ULTIMO form a trilogy, expressing Renault’s future vision for urban mobility in 2030 at the Klokgebouw in Eindhoven.

With its nine-year expertise, Renault has achieved a pioneering position as European leader of electric driving. With over 160,000 registrations, the Renault ZOE is the bestselling electric car in Europe. With the Renault ZOE, Renault Twizy, Renault Kangoo Z.E. and Renault Master Z.E., Groupe Renault offers a wide range of electric cars. Renault expects to have eight fully electric cars and twelve electrified models by 2022.

With over 160,000 registrations, the Renault ZOE is the bestselling electric car in Europe

To reaffirm its leading position, Renault provides 35 units of the new Renault ZOE as ‘Renault ZOE Design Ride’. It is the first time that the all new ZOE can be seen in the Netherlands. With the Design Rides – each showcasing a matching theme – visitors are transported for free between the 110 different DDW locations. Last year the Renault ZOE ‘Design Rides’ shuttled a staggering 60,000 visitors. On top of that, they drove 50,000 emission-free kilometres. The range of the new Renault ZOE is 395 kilometres (WLTP). The new ZOE will arrive at the Renault dealerships by the end of October.

Dutchman Laurens van den Acker, Executive Vice President Corporate Design at Renault, will be giving various lectures on design and future mobility at DDW on 19 and 20 October. Subsequently, Renault organises ‘Design the Car of the Future’. In this design contest, Renault invites everyone in the Netherlands to share their vision of the ideal car of the future. The first episodes can be seen at designdeautovandetoekomst.nl